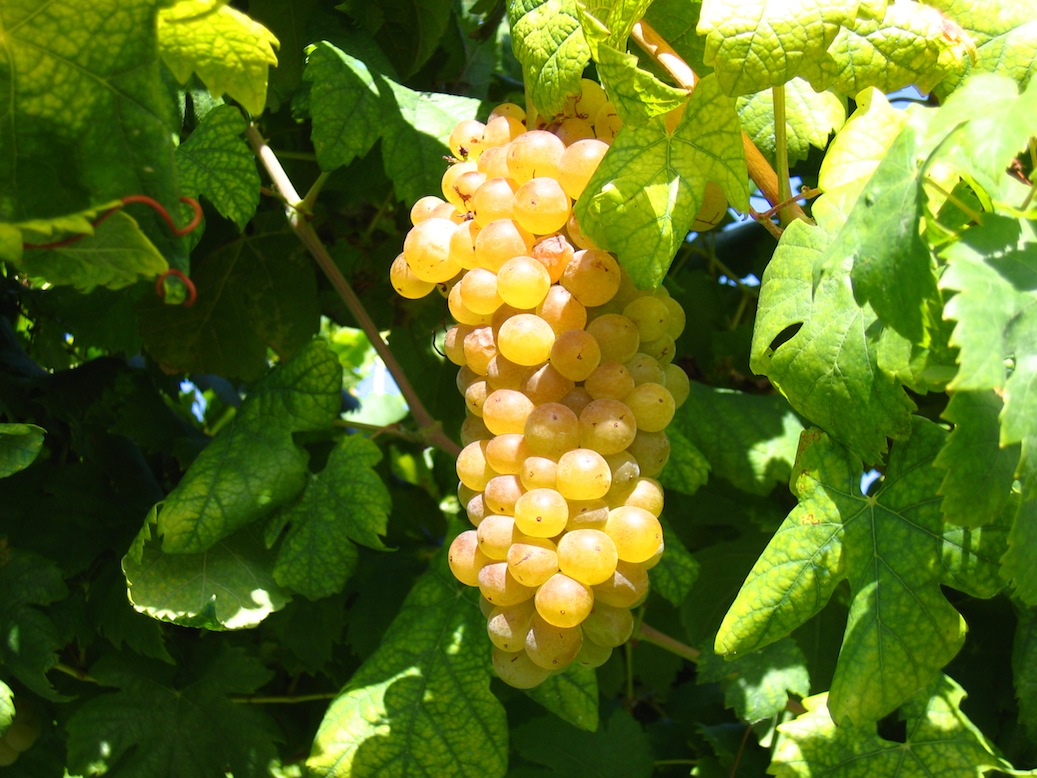 Erbaluce di Caluso DOCG is one of the historical vine varieties of the Piedmont region and of Italy, able to be appreciated for both its wholesome goodness and its legendary origins.

Historical heritage par excellence, the first news of this vine variety dates back to 1606, when the Jeweller of Charles Emmanuel II, Giovan Battista Croce, mentioned it in his book “Della eccellenza e diversità dei vini che della Montagna di Torino si fanno”, an essay on the wine production of Turin, saying that “Erbalus is a white grape, called Albaluce, because being white makes it shine: it has many big grapes and a hard peel: once matured it becomes brownish and remains on the plants for a long time”. Erbaluce can also be found in Latin documents with the name “Alba Lux”, light of dawn, which confirms what the jeweller Croce wrote. He also wrote that the grapes have a pinkish copper colour as it became fully ripened.

On the contrary, for the most romantic, the name would derive from the colour of the gold yellow grape, which shines in autumn, when the sun of the early morning enlightens them, and also from the romantic fairytale of Albaluce. This legend has always fascinated readers and tells about nymphs and the gods Dawn and Sun, remembered for their passionate love despite the fact that they couldn’t meet, even if their house was situated on these hills. One day, with the help of the Moon, the nymph Albaluce was born; she was so beautiful that men started to offer goods and presents, depriving themselves of precious resources. In order to address the lack of fecund soils, men redirected the surface of a lake, thus provoking great damages. The pain of Albaluce was so great that her tears, penetrating the soil, gave birth to shoots of fruit and vine. So the sweet white grapes called Erbaluce had this origin.

The areas where it is possible to grow this vine variety are around the cities of Vercelli and Biella, but it is on the hills of the Canavese area, in the province of Turin, where they reach their maximum expression. The DOC was reached in 1967, while the DOCG label was given on 8th October 2010.

Just looking at this wine’s colour provides pleasant feelings, which penetrates and warms up like the sun rays. The acidity and the high sugar levels at the time of harvest are the main reasons for the visual, olfactory and gustatory feelings it can offer. Thanks to the excellent elements which make the grape, in both the dry and fizzy versions, this wine will never disappoint those who taste it. After being allowed to rest in the bottle, the straw yellow gets pinkish with copper shades which, when warm, will become more and more intense, until turning towards amber. At the nose and in the mouth, it is extremely fresh, frank with fruity and floral hints of pear, lychee, and hawthorn, together with those of sage and aromatic plants with a mineral background.

It is advisable to taste it as aperitif or during the main meal, paired with cold and warm appetizers and first courses prepared with shellfish and grilled fish without salt and/or spices. It is also great with soft and seasoned cheeses of the territory like Toma ‘D Trausela, Civrin of Valchiusella and Plaisentif.