Danes’ passion for Piedmontese wines has reached its peak.

The three-day Danish event of the Consortium “I vini del Piemonte” has surpassed the success of the previous editions: besides the usual crowd of people who have packed the Børsen Palace of Copenaghen, many professionals of the sector have joined the cooking school Hotel og Restaurant Skolen as well as the seminars and the Wine Tasting Experiences® with great participation. 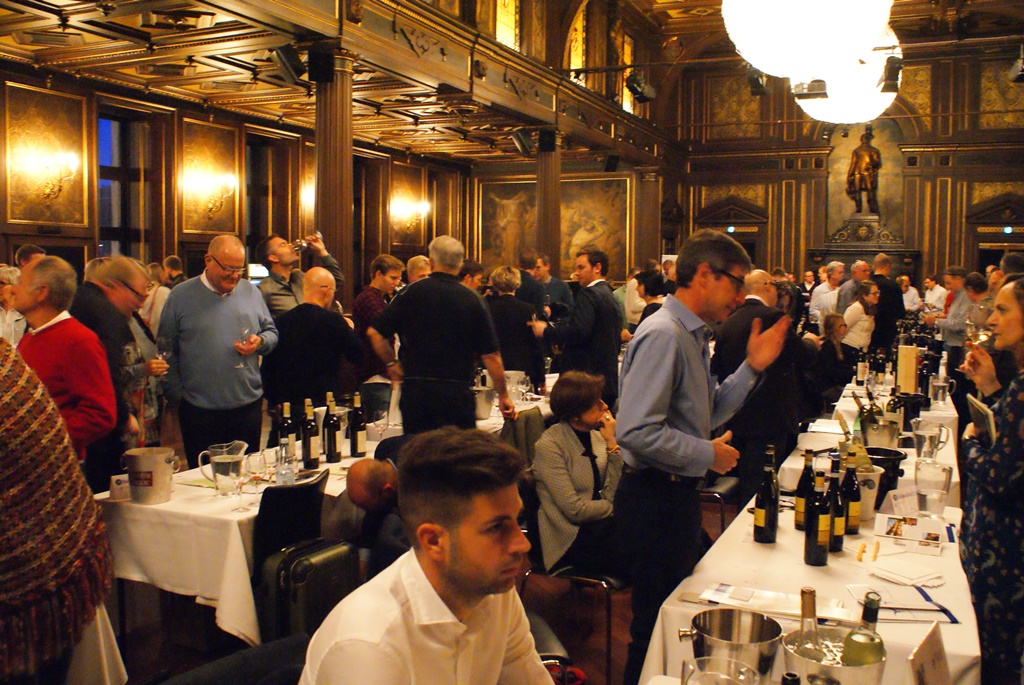 We could welcome 40 winehouses and more than 10 food producers, while more than 2,000 winelovers have tasted Piedmontese wines and the very best of the Italian cuisine; some 300 importers, restaurateursand journalists have met the producers during the trade sessions. These are the figures of the Danish leg of “Barolo & Friends”, the event organized, for the fifth consecutive year, by Consorzio i Vini del Piemonte and Strada del Barolo.

From the 6th to the 8th June, Barolo and the other great Piedmontese wines – and with them also the very best of the Italian food production – have livened up Copenhagen during what has become the most important Danish event dedicated to wine, an irrevocable appointment for the Danish enthusiasts whose number continue to grow: “The event has grown year after year because the public enthusiasm shows no sign of decreasing,” says Jens Simonsen, one of the Danish partners who cooperated in the organization of Barolo & Friends, “and in the meantime we have gained experience, making a lot of progress: the one this year has been a perfect experience, nothing has gone wrong, also because the team has strengthened. Above all, the idea of totally separating the moments dedicated to the professional guests from those for the public has revealed to be an extremely clever move: the professionals could appreciate the space of the cooking school which was bright, fresh and well equipped. On the other hand, the Børsen Palacecan really is considered the most exclusive location in the whole of Denmark: we all could notice the astonishment of the winelovers who attended the public event, as well as their enthusiasm at the prospect of tasting the red wines of many different Piedmontese producers”.

“The figures on the attendees confirm that this was a very successful event, that the Danish await in suspense,” underlines Nicola Argamante, vice-president of Consorzio i Vini del Piemonte, “and the interest is so high that many importers (restaurateurs, shopkeepers, wine-shops, etc.) organize side events in the same period, since they consider it the week of the Piedmontese wine in Denmark: in other words we are collecting the fruit of the work we have done so far and that this is the right path to follow.”

What has been realized in Denmark is that it has definitively been a team job, in line with the spirit of Barolo & Friends and, more in general, of the Consortium: with the representatives of the very best of the Piedmontese food production (and not only that), also Produttori di Moscato d’Asti Associati (producers of Moscato d’Asti associated), the cooperative of producers of the “IGP Piedmontese hazelnut” Corilanga, J Wine Food, which presented a selection of top quality producers, have actively cooperated in the realization of the entire event.

We cannot forget that this is an “international” team, to be precise, where we can also find ICE, the Italian Chamber of Commerce in Denmark, the Berlingske (one of the most read newspapers in Denmark and event media partner), the Hotel og Restaurant Skolen, the biggest food service management and accommodation of the North Europe and many other “friends” of Barolo, as the Italian restaurateur Elvio Milleri, who provided the two locations for the evening dinners organized as side events: Era Ora, the only Michelin awarded Italian restaurant in Scandinavia, and the Italian organic trattoria Ché Fè. Mr Milleri has also provided the bread supply for each of the event’s three days thanks to his organic bakery Il Fornaio, whose products can be found in restaurants all over Scandinavia.

“Barolo & Friends” for Copenhagen is today a landmark: this is the most important event related to the wine world in the whole of Denmark, where Italian wine is the most sold, having beaten the French wines several years ago in the special rank of exported wines (25% of sold wines are Italian, France stopped at 22%). And maybe “Barolo & Friends” has helped in reaching this result: it’s no coincidence that the Italian Ambassador in Denmark, Mr Carlo Tripepi, has inaugurated the session open to the public.

The sessions with both the professionals and public were a great success, with the Hotel og Restaurant Skolen and the Børsen Palace always crowded during every tasting session. We must remark on the great participation during the themed tastings: another proof that the public wish to learn more about wines. This need has been satisfied by the Consortium by organizing the seminars and the Wine Tasting Experiences®. A seminar on Piedmontese wines was dedicated to the professionals, with a focus on Moscato d’Asti, while for the public there was the Piedmont Wine&Food Moments, a themed presentation on the marching of the very best Piedmontese food and wine productions. Meanwhile, while the “public” tastings were taking place in the Stock Exchange, in the wonderful terrace of the Berlingske Media of Copenaghen many enthusiasts had the opportunity to join the “Wine Tasting Experiences®” tastings to learn more about not only the wine but also the territory where it comes from.

If the producers of Strada del Barolo have been the main protagonists of the three-day event in Denmark, the other producers who travelled to Copenaghen recorded similar success: from Produttori di Moscato d’Asti Associati, to the other producers coming from the Provinces of Alessandria and Asti, who have taken part in the in-depth seminar dedicated to professionals. This has certainly been new proof of the great team job which characterizes the spirit of the “Barolo Event”: we do not build barriers between lands and producers, we aim to “export” entirely the very best of the Piedmontese production.

… and not just wine

And finally, to complete the frame of the Piedmontese, they offer a presentation video which has been projected on a wide screen at the centre of the hall and the desk of Strada del Barolo has been used for thetourist promotion, which has been literally mobbed. This is no surprise: Piedmont is a popular holiday location in Denmark as proved by the +15% of Danish tourists recorded in Langhe.

A great number of journalists have taken part in the session (both those dedicated to professionals and those open to the public), in fact the event has had great resonance on Danish communication media: http://vinsiderne.dk/smagninger/barolo-friends-2013