The beating heart of the wine growing and production area of Langhe. 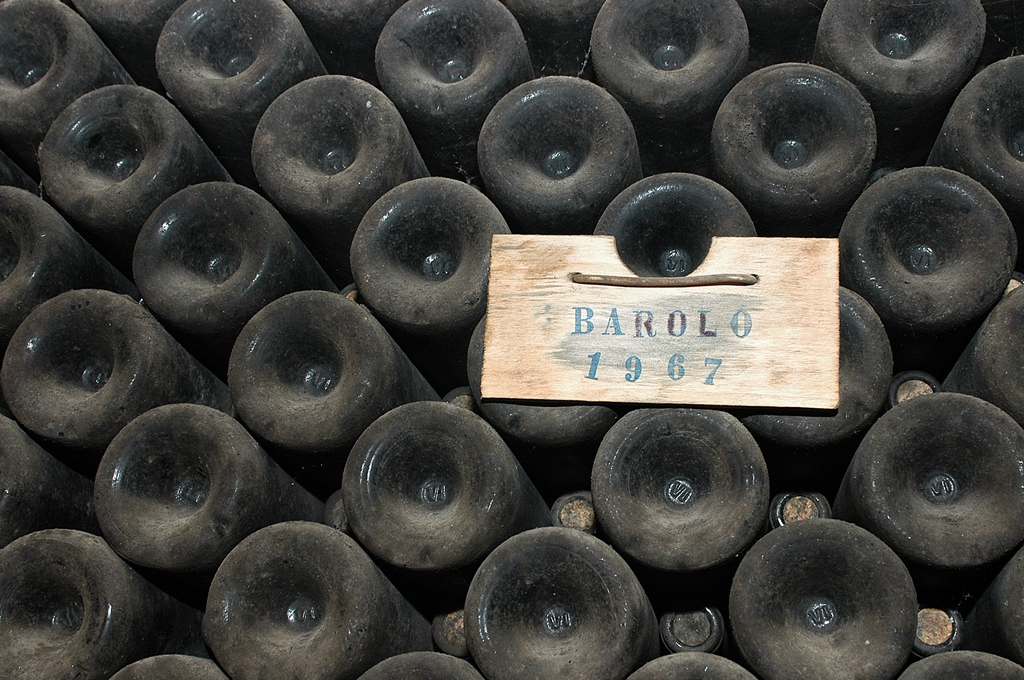 Barolo, in recent years defined as “the King of wines, the wine of Kings”, is the beating heart of the wine growing and production area of Langhe. And it is because of Barolo that other great Piedmontese products are able to be exported.

The history and the economy of Langhe has been marked by the route taken by the Nebbiolo vine variety, the only variety that can be used 100% for the production of Barolo, along with its different sub varieties: Lampia, Michet and Rosè. The unique areas where it is grown, over the years, have become a real gems as well as a source of pride and, in fact, every year approximately 800 producers show their lands to the international wine sector.

As dictated by tradition and technical policy, the municipalities where the Nebbiolo grapes become Barolo number only eleven, spread over a surface of some 1,700 hectares: Cherasco, Verduno, Roddi, La Morra, Grinzane Cavour, Castiglione Falletto, Diano d’Alba, Barolo, Novello, Serralunga d’Alba and Monforte d’Alba, constitute the eleven souls that have represented the DOCG Barolo since 1980. Every municipality, area, subarea, vineyard and lot is amazing, heterogeneous and remain hidden in every single vintage and bottle.

In 1600, the Nebbiolo grape was already appreciated and consumed by the aristocracy and the members of the Savoy Royal Family, but it was thanks to the help of Camillo Benso, Count of Cavour, who called in the French oenologist Alexandre-Pierre Odart, that the production process was improved, arriving at the creation of the “King of wines”. At that time, Barolo started its climb towards success and the conquering of the most demanding palates around the world. The first acknowledgments arrived in 1873, with an outstanding seven gold medals won at the Vienna competition, confirming that Barolo was a wine suitable for aging. Since then, that success has never ceased and today Barolo presents itself as a wine commonly used on our tables. It is an invitation to indulge with a delightful moment, a journey with evolving dynamics that only time can turn important and exclusive; this is definitively a wine to taste during the most important of celebrations.

After a period of cessation caused by the arrival of phylloxera and several wars for the predominance of Europe conducted by the French, the area where Barolo was produced was circumscribed for the first time in 1909 by the Agriculture Committee of Alba. Another turning point came in 1933, when Barolo was recognized as a “traditional prestigious wine” and the following year when, on 30th June, the Consortium of the traditional wines of Barolo and Barbaresco was established. The last important moment was in 1966, when it received the DOC acknowledgment.

Barolo is produced in the municipalities of the Langhe, a hilly area, totally surrounded, in the North, West and South by the Alps chain, with atmospheric conditions that are perfect for the wine’s production. The field structure ranges from the chalky-clayish soil of Helvetian origins to that which is more marl and with sand of Tortonian origins, giving different structures and perfumes to the Nebbiolo grapes. Naming some Gran Cru vineyards, the Barolo wines from Bussia (Monforte d’Alba), Villero (Castiglione Falletto) and Cannubi(Barolo) are three good examples of how nature, in its geographic and climatic configuration, is the real and only orchestral conductor, the creator of diVine music which resounds in changeable symphonies once we taste these wines with their strong body, rich in tannins but which are also perfumed and soft.

Barolo, to be named so, must age at least 38 months, starting from the first November of the grapes’ production year, with eighteen of those months in wood barrels, while the term “Riserva” can only appear on the label after a 5 years aging.

The colour is red ruby, fresh and alive, which tends to become more orange in colour with aging. At the nose, the perfumes of rose and red fruit jam of the Nebbiolo grapes merge with those boisé provided by the aging in the wood barrels, reminding one of the warm and pleasant hints of toasted bread, vanilla and tobacco.

In the mouth, the moving strength of the tannin at a young age is the base of the structure that will firmly last over the years to come. An intense freshness of overripe fruit, almost boiled, with aromas of mint and ground cover turn into a finale with a warm and majestic aftertaste.

Such a valuable wine deserves to be tasted with compound and well structured dishes: Barolo is perfect if paired with meat dishes such as roasted or braised beef, furred game, goat and lamb, but also with strong cheeses with a long maturity, such as Bra duro and Castelmagno. Contrary to common belief, Barolo can also be perfectly matched with dark chocolate and with some traditional sweets such as bugie, meliga biscuits and marrons glacés.